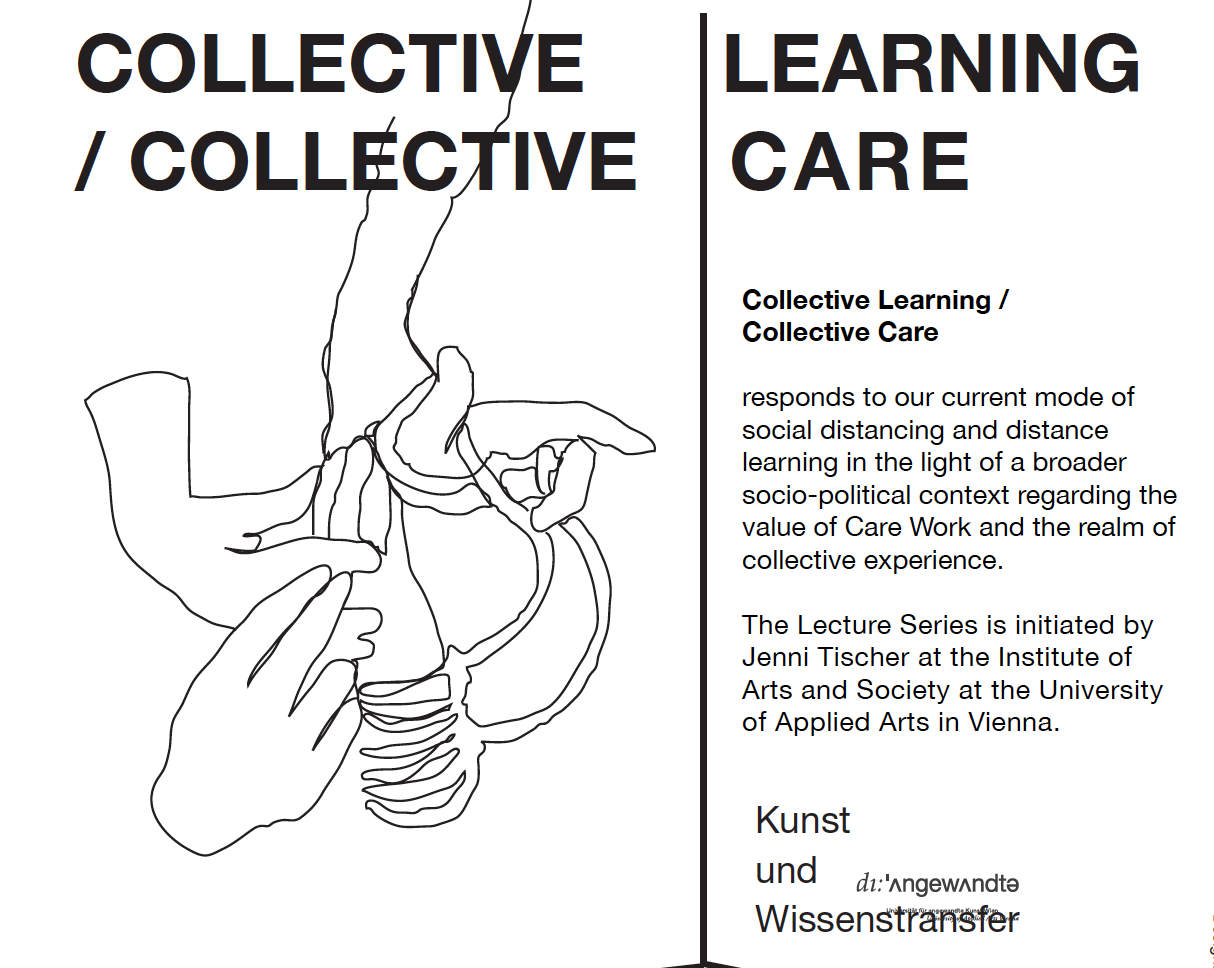 As a result of the arrangements introduced to tackle Covid-19, some of us are experiencing social distancing, distance learning, separation ... 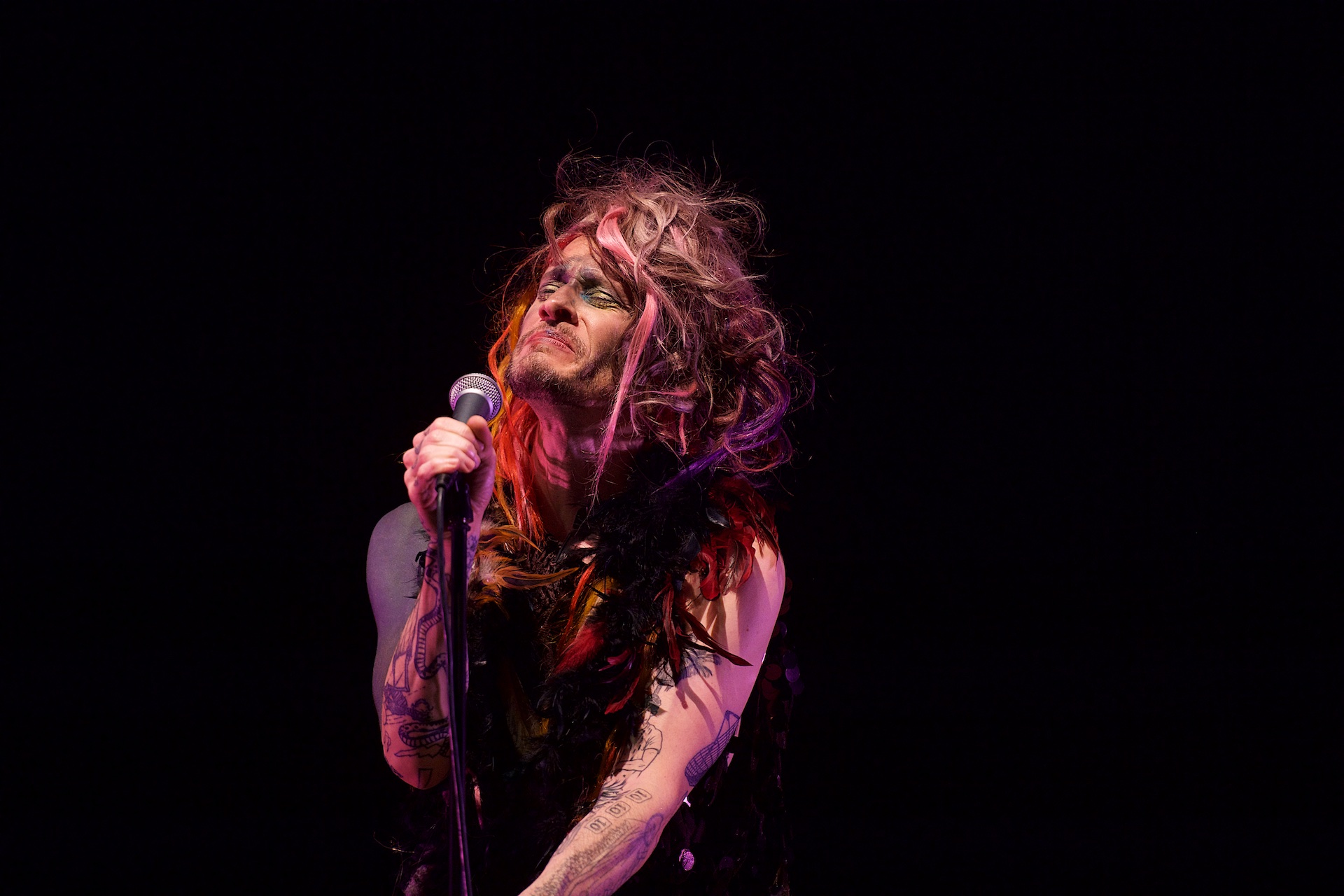 Jeremy Wade and his 5000-year-old drag alter ego, The Battlefield Nurse, Present: “You OK Bitch??“ Tune in between the sirens ... 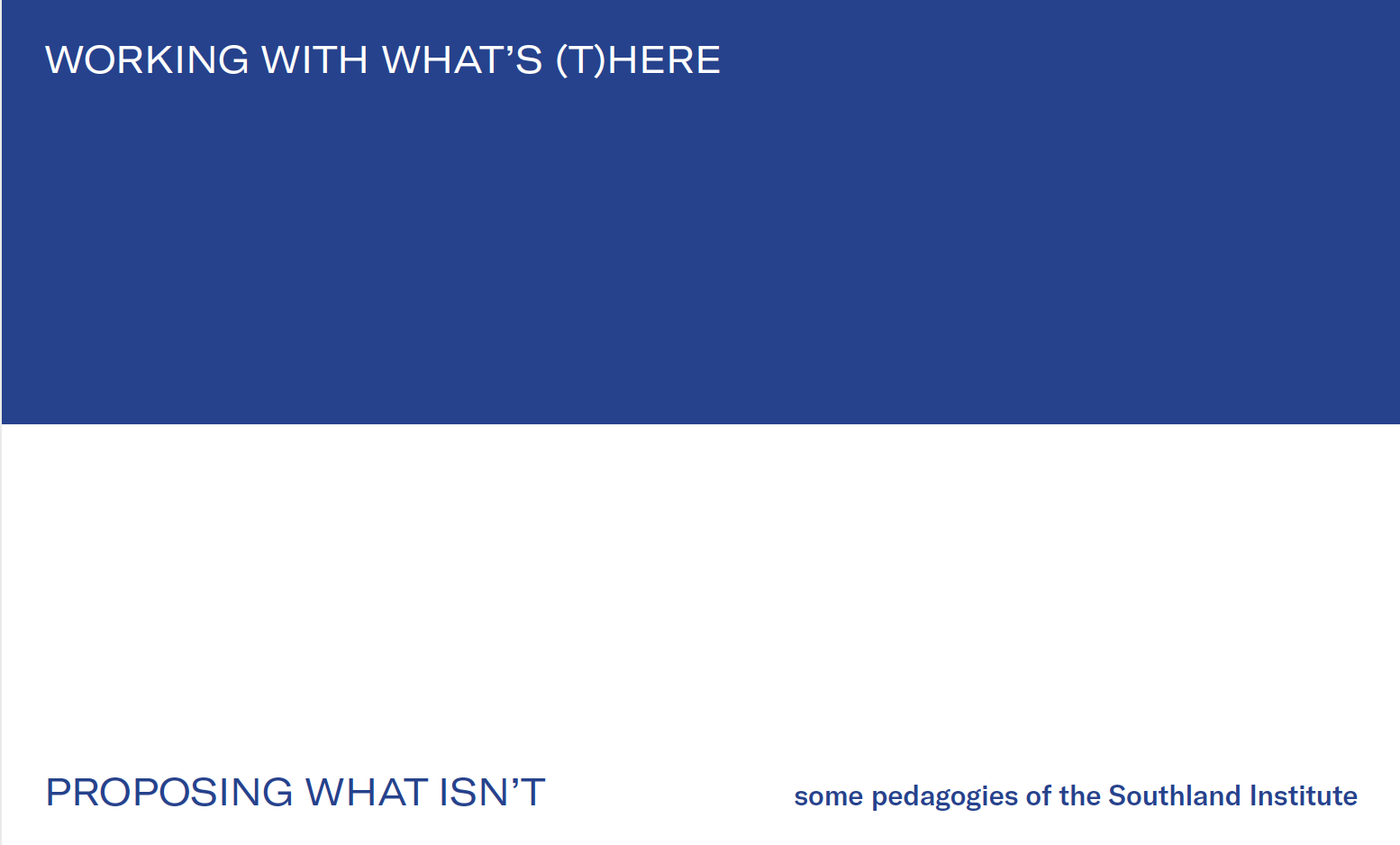 Although we as lecturers are physically separated from our students, our task is to integrate everybody into the dialogue and ... 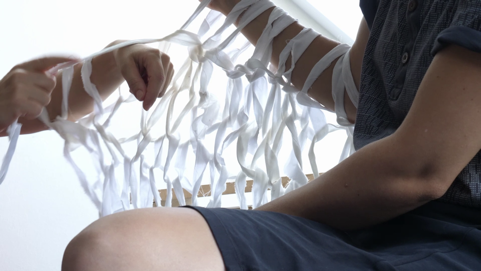 „Autoréduce: Weaving Circles of Unreproductive Autonomy“ is a work in progress, involving performative and documentary elements that seeks to ... 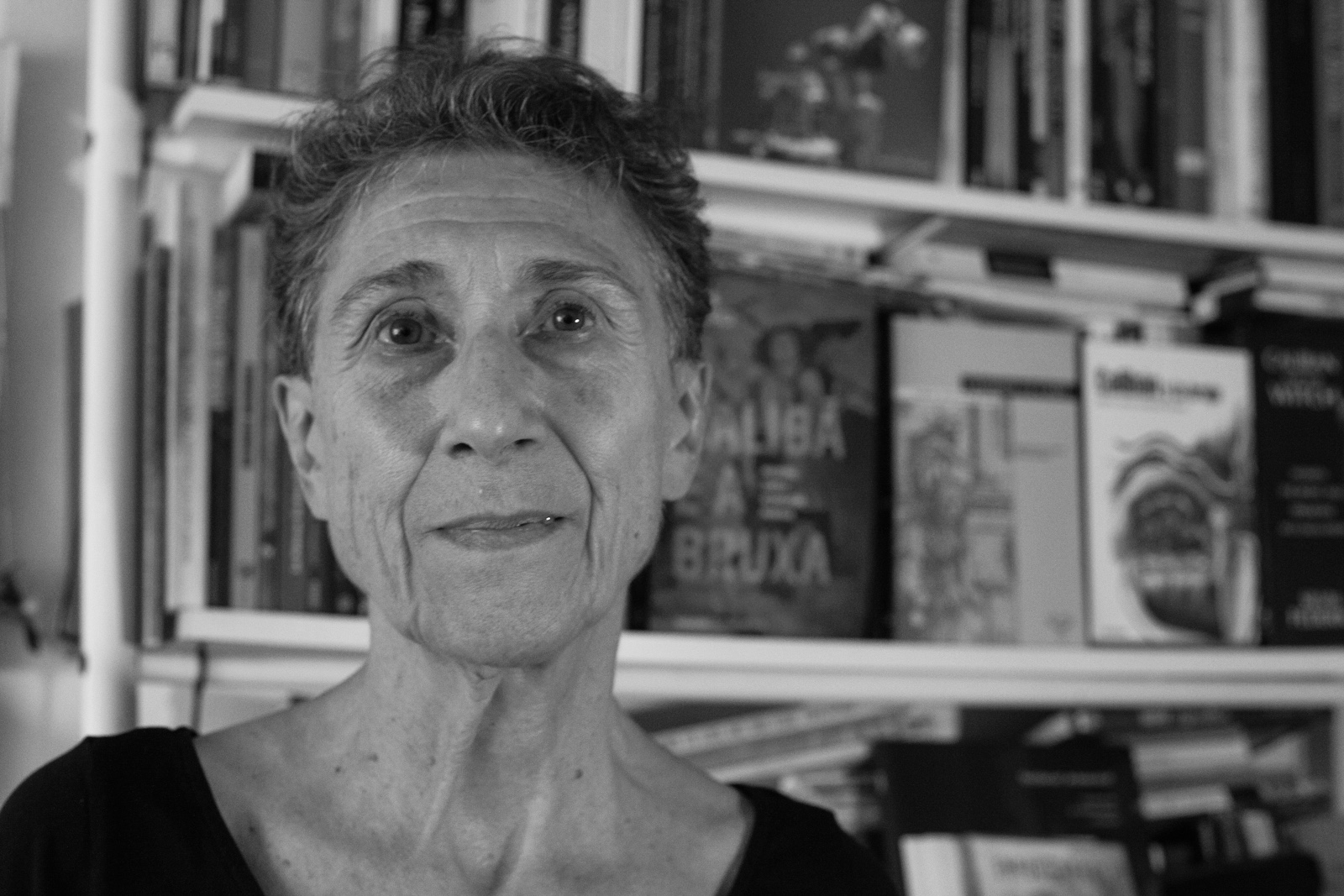 This exceptional situation of the shut down due to Covid-19, again illustrates something that feminist Silvia Federici – one of the ...

As a result of the arrangements introduced to tackle Covid-19, some of us are experiencing social distancing, distance learning, separation and isolation in a number of environments, such as the University of Applied Arts in Vienna. At first glance, it might seem that one can talk about a “we”, “us”, even a collective experience, or go even further and think of a global collective. Drawing on my experience as a lecturer at the University of Applied Arts, however, I do not entirely agree with this viewpoint. At a time of drastic restrictions to individual freedom of movement in public spaces, the widely differing options to deal with this exceptional situation are becoming especially clear. Collective spaces of learning and experiencing such as schools and universities, as well as public spaces such as parks and playgrounds are no longer accessible and so the focus of life shifts into the private space. When jobs are lost and children can no longer be sent to childcare facilities – without recourse to a weekend home with a garden – people are confined to the small space of their homes and there is a surge in psychological and physical domestic abuse 2; when people with disabilities and elderly people can no longer be visited; when one has to clean their homes themselves because cleaning staff can no longer do their jobs and the issue of gender-specific division of labour is back on the agenda, and so on… Some of these aspects may pose a challenge to individuals, because they can no longer pursue their plans for self-optimisation, but on a fundamental level it demonstrates which work our societies rely on – namely on the so-called system-relevant and reproductive labour. We all are dependent on this work: every single body and its environment needs to be nurtured, groomed, cleaned, fed, loved, cared for, held, attended to, healed, regenerated. Day after day.

Jeremy Wade and his 5000-year-old drag alter ego, The Battlefield Nurse, Present: “You OK Bitch??“ Tune in between the sirens for an irreverent, fierce and no bullshit form of propaganda centered on the relational ethics of care and repair that queers of all kinds espouse to and demand. Originally created in benefit of ARTE’s, United We Stream on April 19th 2020, The Nurse and a retinue of talented lovers supporting behind the scenes made this offering for the COVID Complicated Now. The piece is about 35 minutes and will be followed by a Q&A hosted by Jenni Tischer. Let’s keep each other awake!!

Thank You to the lovely staff at Suicide Circus, to all who supported, collaborated and participated in previous Future Clinic events! Thank you to Darcey Bennett, Imogen Heath, Margarita Tsomou and Harald Stojan!!

Jeremy Wade Bio – Disruption, Excess, Hyper Vulnerability, Critical Care – Jeremy Wade is an extreme performer and performance maker with an extensive practice of curating and teaching to boot. After graduating from the School for New Dance Development in Amsterdam in 2000 and receiving a Bessie Award for his first evening length performance “Glory,” at Dance Theater Workshop in New York City in 2006, he moved to Berlin and since then works in close collaboration with the Hebbel Theater as well as Gessnerallee, Zurich. Recently, Wade has created “Fountain,” “Together Forever,” “Death Asshole Rave Video,” “Drawn Onward,” and “Between Sirens,” exploring the death of man, zombie subjectivity, strange modes of being and feminist strategies of world making to undermine the social codes that define and oppress our bodies. His alter ego, The Battlefield Nurse, is the founder and a co-host of a disability allied project called The Future Clinic for Critical Care. Jeremy premiered a new solo, titled The Clearing, in May 2019 with musician Marc Lohr at HAU2 and later in June he restaged his first piece titled Glory, a brutal naked duet made in 2006 with Swedish Choreographer and performer Sindri Runudde and Musician Brendan Dougherty at Sophiensaele. www.jeremywade.org www.futureclinic.org

Although we as lecturers are physically separated from our students, our task is to integrate everybody into the dialogue and to adapt our teaching to the situation in order to address the crisis-prone nature of our lives and also to (finally) recognize it as a state that has always been here. The Southland Institute in Los Angeles stands for critical, durational, and typographic post-studio practices, approaching collective learning that makes use of what is already there. Artist and program director of the Southland Institute, Adam Feldmeth, recently co-authored a list of pedagogies including, A Pedagogy of Working with What‘s (T)here. “In working with what‘s there, we practice resourcefulness, we engage a productive constraint, we examine the conditions that are given and determine what might be done with them to change an existing situation to a better one.”

Adam Feldmeth lives in Los Angeles and Berlin. For over a decade he has been a discussant in numerous educational communities. Since 2018, he has been core faculty and Program Director of the Southland Institute. His praxis attends to the applications of art as a social catalyst through actualizing situated discourse with an approach of prolonged focus in detail-oriented dialogs. Responsive contributions serve as examples, bridging the critical and ethical as largely neglected and misused modifiers in art and education today. In Los Angeles, he is the organizer of stone soup: a discussion forum for individuals currently without institutional affiliation; Discussions in Exhibitions:public initiated gatherings within ticketless venues; and more recently, a stone’s throw: an online context for inquiry motivated, discursive engagement among individuals involved in the production of visual culture as a social action. His investigation and subsequent consultation, critically amending incongruities in the reconstruction of a previously destroyed Blinky Palermo installation during the 53rd Venice Biennale, was the subject of an article in X-TRA Contemporary Art Quarterly in autumn, 2011. Examples include: the MAK Games 2019; Los Angeles Municipal Art Gallery; The Chapel, University of Southern California; Kunstbibliothek Sitterwerk, St. Gallen, Switzerland; TÄT, Berlin; Overgaden Institute for Contemporary Art, Copenhagen; the Guggenheim Gallery at Chapman University; and the 53rd Venice Biennale. In 2008, he co-authored the book, “Nomad Post School,” with Guan Rong and in 2020 “Some Pedagogies of the Southland Institute” with Joe Potts.

„Autoréduce: Weaving Circles of Unreproductive Autonomy“ is a work in progress, involving performative and documentary elements that seeks to record techniques and narrative practices of radical non-violence, through a series of collective gatherings and workshops. The acceleration of violence against women to date not only parallels an ever elusive acceleration of capital. But I will argue that the systemic destruction of women’s bodies lies at the core of contemporary capitalism. We must oppose violence and counter a spiralling of aggression. Not more but less will strengthen our struggle. Going slow, fulfilling our tasks so slowly, in slow motion, so that our work becomes redundant, the flows of reproduction decelarate and regress; and the nation state reduces into disappearance.

**Autoréduction, a term borrowed from the post-operaist movement in Italy, is the act by which people take it upon themselves to reduce, at a collectively determined level, the price of public services, such as rents, electricity, public transport; or in the factory, the rate of productivity.

This exceptional situation of the shut down due to Covid-19, again illustrates something that feminist Silvia Federici – one of the founders of the International Feminist Collective – have been demanding since the seventies with their campaign Wages for Housework. They call for recognition of reproductive labour as labour. In her latest book „Beyond the Periphery of the Skin. Rethinking, Remaking, and Reclaiming the Body in Contemporary Capitalism“, Federici looks at the different manifestations of the “body” as a ground of confrontation with the state and a vehicle for transformative social practices. “Concurrently, the body has become a signifier for the reproduction crisis the neoliberal turn in capitalist development has generated and for the international surge in institutional repression and public violence.”

Silvia Federici is Emerita Professor at Hofstra University (Hempstead, New York). Her field of research is political philosophy and women’s studies. She has also contributed various essays on educational and cultural politics. In the 1970s she was a cofounder of the International Feminist Collective. From 1991 to 2003, after a period of teaching at the University of Port Harcourt in Nigeria, she was a co-founder of the Committee for Academic Freedom in Africa and co-editor of the CAFA Bulletin. From 1995 to 2002 she has also helped found the Anti-death-penalty project of the U.S. based Radical Philosophy Association. Her published work include: Caliban and the Witch. Women, the Body and Primitive Accumulation; Revolution at Point Zero: Housework, Reproduction and Feminist Struggles; A Thousand Flowers: Social Struggles Against Structural Adjustment in African Universities (coeditor); Enduring Western Civilization: the Construction of the Concept of the ’West’ and its ‘Others’ (editor).