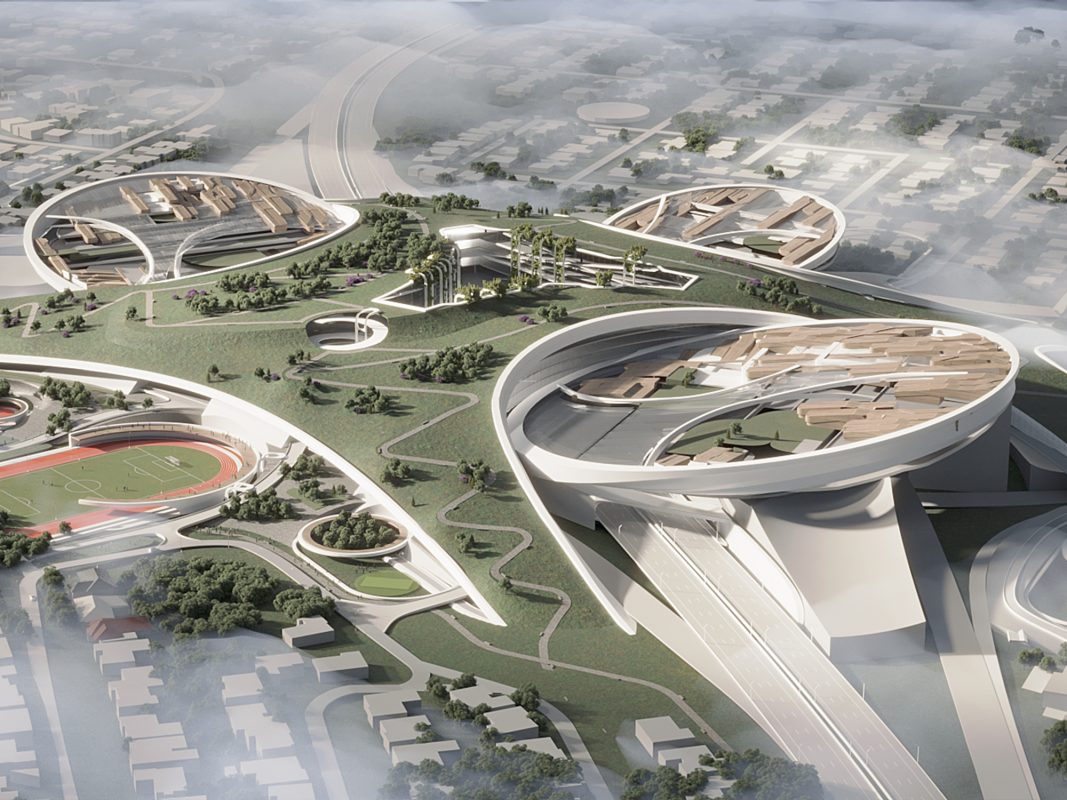 There has long been a vision to find solutions to appease the issues caused by the rapid change of society, ... 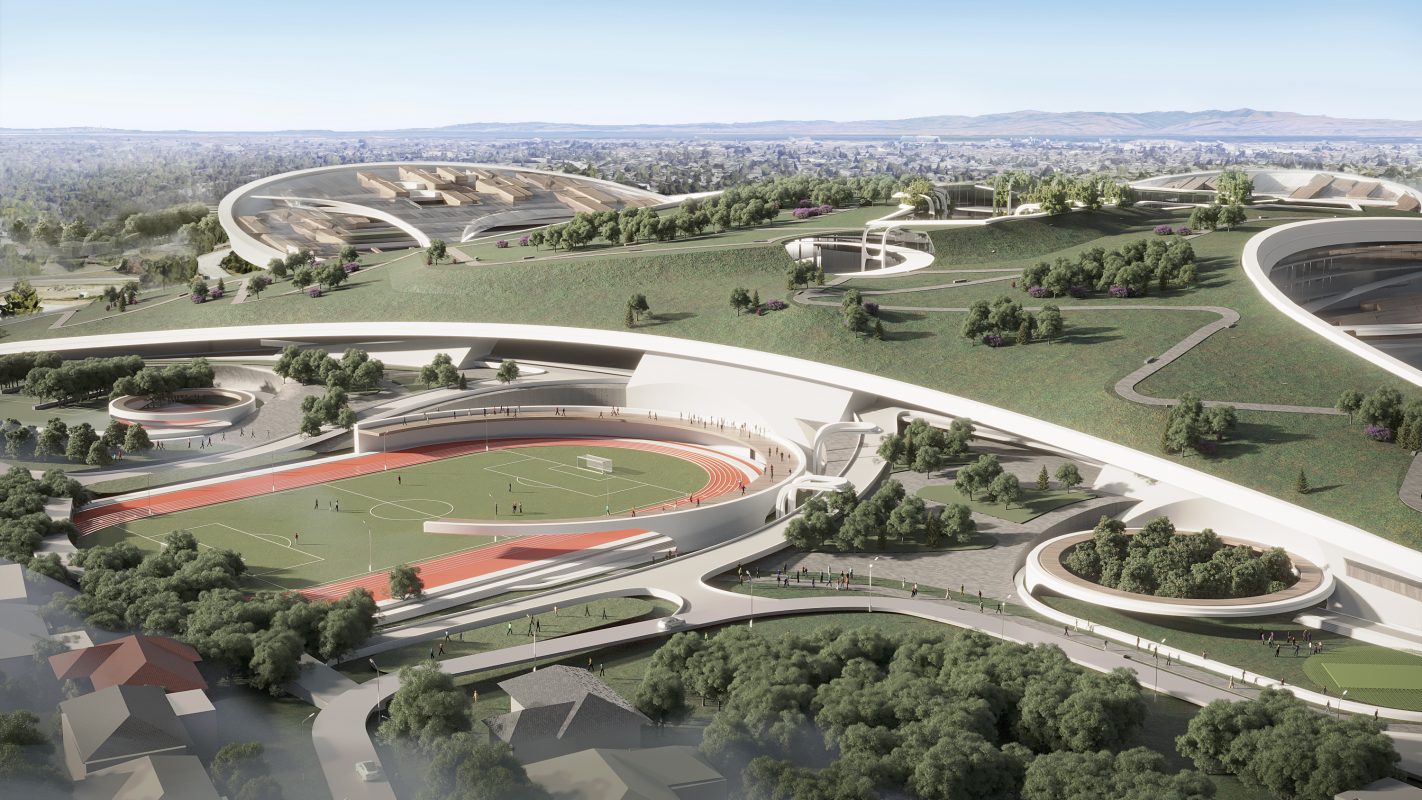 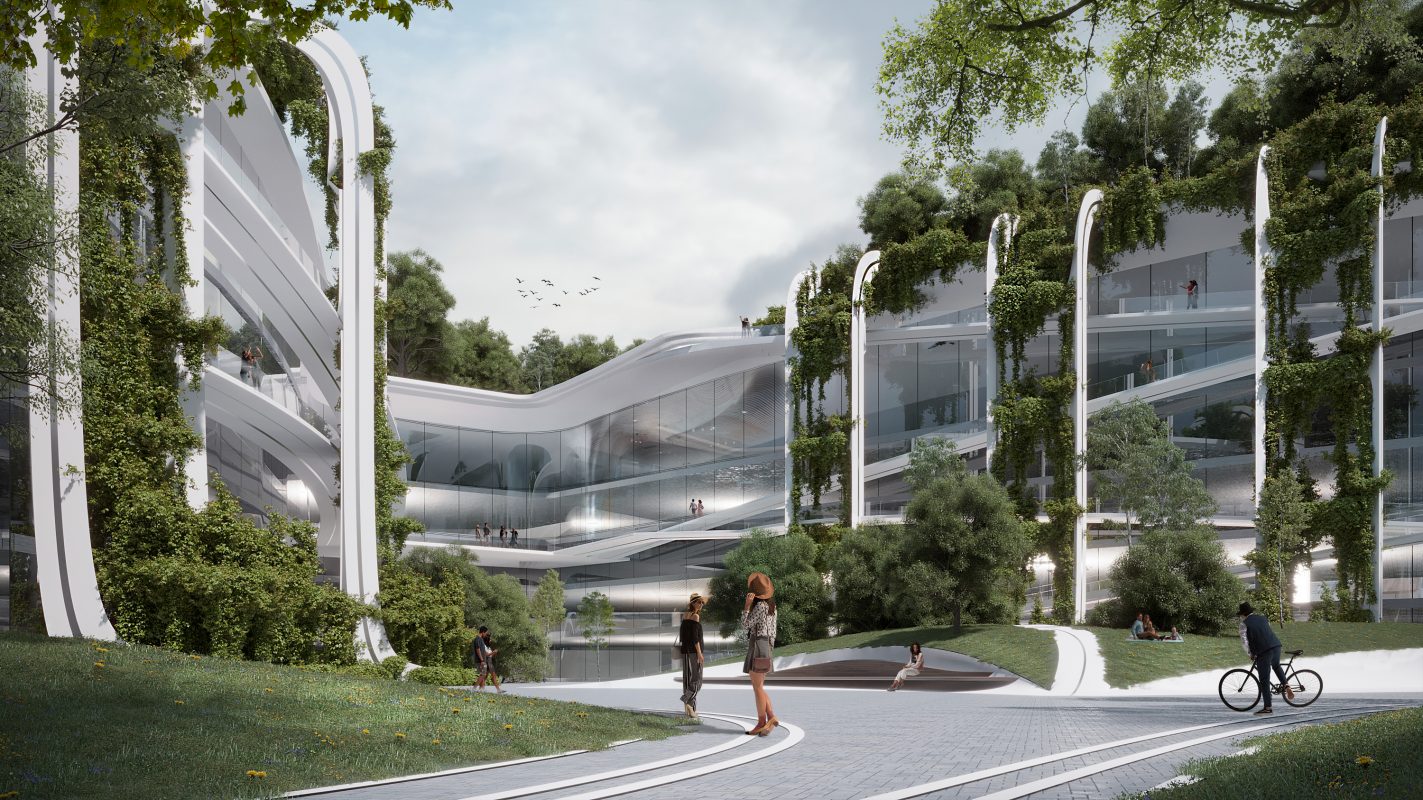 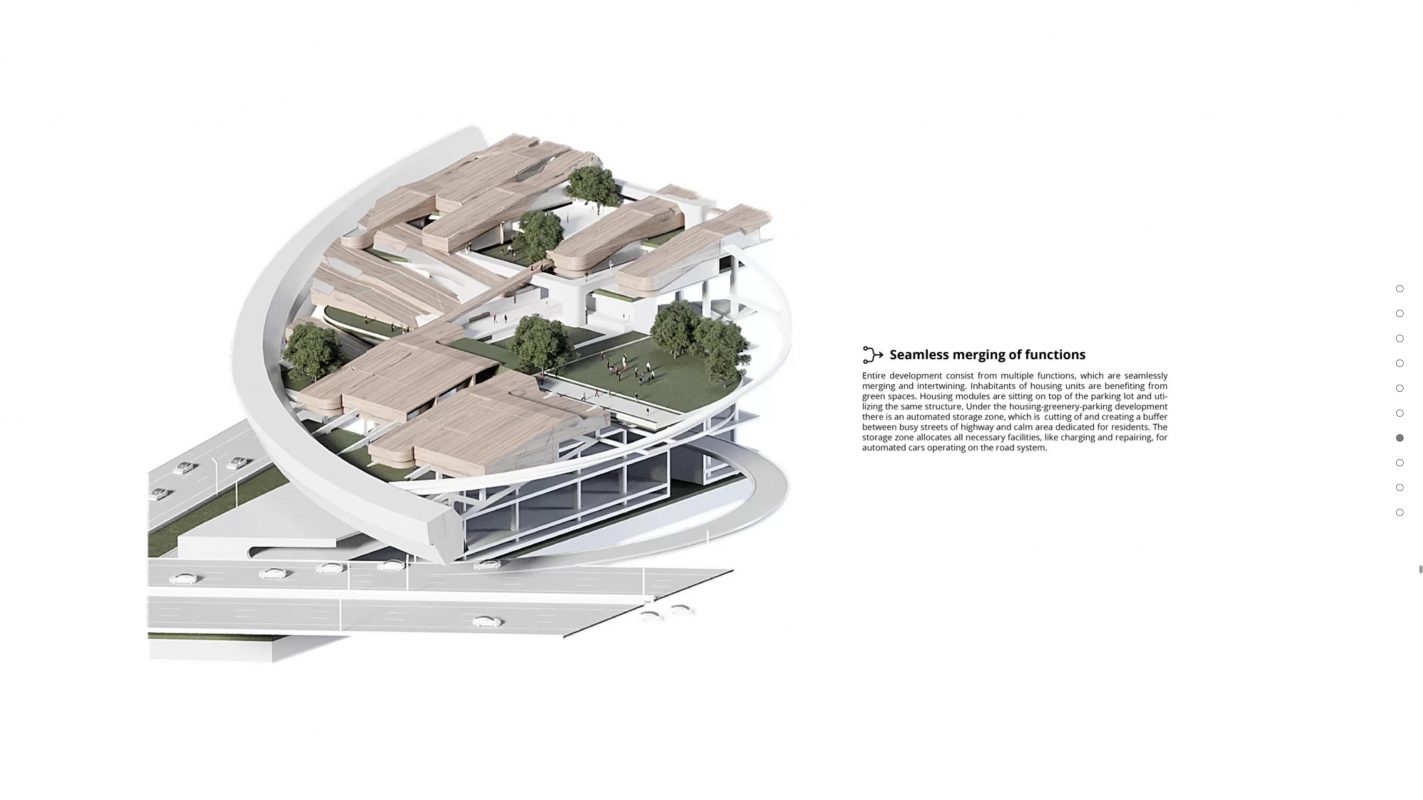 There has long been a vision to find solutions to appease the issues caused by the rapid change of society, modernization and the need for fast and efficient mobility, one was sought after in its materialization in the metabolism movement. The ideals of the movement were to provide clarifications on how to challenge a contemporary society and in doing so finding the instigators of change, to subdue the wild nature of the “new world order”, however, with time these ideas became ironically washed out by the force of the capitalist “order”. Cities fell under a leadership led by the rules of a market economy, choosing a path of least resistance, which inevitably led to a “kaleidoscopic” urban infrastructure both in appearance and makeup, where each element of the puzzle, became increasingly driven by pragmatic qualities dictated by its owner. This became a major factor in the failure and consequently the demise of Metabolism. Metabolism’s core nature was its relationship with adaptability however this exact aspect was underestimated by capitalistic viability. The need for a long term profit perspective, meant that caring about the life cycle of buildings became a hindrance, a prefered and more profitable option was to demolish existing buildings and replace them with a new. A complete contrast to the Metabolic idea of transitioning space and mass from one moment to the other. This artificial and cast away behavior of dealing with the urban environment, driven by market economy, meant that metabolism never got the opportunity to reach its potential. Our urban environment desperately needs a new technological approach to gain a sustainable redemption from the urban conglomeration of the rudimentary patterns of the past. This new implementation should dynamically respond to the needs of the environment , be scalable and fully responsible. A technological breakthrough is on its way and will be directly related to a total automation driven by AI. For example, production sites will be operated without human attendance as well as the whole vehicle infrastructure will be self-regulated and fully released from the aspect of human control. But the issue is that this dramatic change will require a completely different approach to the infrastructure that wraps the technology. It can be seen that the current condition of the urban environment is not ready for this change. And the question is: What might be a potential solution for the problems we will face in the near future? Corporations that advocate the technological changes for their own benefit can potentially undertake these urban challenges to gain the extra benefits and proliferate their influence with society and our habitual behaviors even further. As a potential example we can look at San Francisco Bay. This city is already facing a huge number of urban challenges with a large amount of them being caused by big corporations. The rapid growth of the city and corporate campus expansions around the bay leads to a complete traffic collapse and causes real estate prices to skyrocket. Moreover, it is the main epicenter for scientific research and tech innovations, coupled with the critical condition of the transportation system, makes it a perfect place to trial the new system of automated vehicles and similar inventions. If we consider an infrastructural element of the urban environment as the conductor for the various dynamic processes then it is visible that architecture itself is staying stagnantly suspended apart because of the high level of passivity and the lack of responsiveness. But corporations are disposing of resources that can be invested into architecture that will integrate technologies that can give a completely different meaning to a building and urban infrastructure. Providing it with a wide range of responsive features that will dramatically increase it’s dynamic qualities and the level of adaptability towards the changes like vehicle automation. And as a result turning the building into a variable and adaptable urban artifact that can change the atmosphere of the urban environment after the implementation of new technologies and with it a new lifestyle system. After that a building/urban artifact will not just stay apart from the processes but will become a synergetic, responsive continuation of all the infrastructure that conducts the dynamic processes of the city’s metabolism.

This artifact could be located in the most problematic traffic junctions, modifying and transforming the existing infrastructure to the new paradigm of automation. Such an implementation might have the same impact as the High Line6 in New York City where such a surgical intervention in the urban environment was able to reinterpret the understanding of the space and brought new life to the entire area. However, in this case we will be able to see how architecture could provide qualities of metabolic ideals, while being enhanced by technology and could therefore bring back the natural qualities of certain urban areas. For example the synergy between dynamic infrastructural junction and a new architecture of metabolism will be able to turn the highway intersection into a new urban attribute that has the potential to bring back the lost qualities of the “cross road” where people tend to meet and communicate. Ultimately attempting to fight technology with technology making the full circle in terms of the interpretation of the space and its meaning to its citizens. Such a behavior towards the environment has a direct correlation to the ideas of Lebbeus Woods who was considering the cities as a repetitive process of destruction and creation. This approach found its projection in his works “A-City”7 and “Quake City”. He believed the right way is not to look for something entirely new but rather to find a way to fulfill the gaps in-between old and not valid to reinvent it’s new matter and provide a new meaning . Following the same logic, this new urban artifact, provided by stakeholder corporations, can make the reinterpretation of the old infrastructure and make it relevant for a newer time. Being located in the most congested parts of vehicle infrastructure it can not only increase the capacity but build up the new unpredictable connections between the different parts of the city providing the unpredictable results in terms of enhancement of urban environment. The high level of demands to this plug-in item could require it to be adaptable from any perspective and become an answer to all the urban challenges. These demands will bring back a discussion of how the ideas of metabolism, enhanced with the technologies, can better improve our urban environments. Sophisticated software, ability to analyze big data and widely spread AI technologies are putting objects and devices on a completely different level in terms of human-building interaction. All of these aspects give an opportunity for the infrastructural items to behave as living organisms. At a certain level of development, buildings and the urban environment will be able to identify the needs of inhabitants and pre-plan necessary changes to create the most comfortable environment for its users. This ability envisages a wide range of opportunities to integrate the ideas of “metabolism” for urban re-planning with the approach of the slight intervention in the most critical places of densification. There are no doubts that our society is facing a wide range of issues related to new technologies, specifically within an urban fabric. Which leads me to question, is it possible that the current rapid technological advancements, have the potential to inform a new archetype influenced by metabolism, of which could infuse with city infrastructure, like large scale intersections, that may dramatically change urban ambience and could rectify the damages created by technology on a global scale?