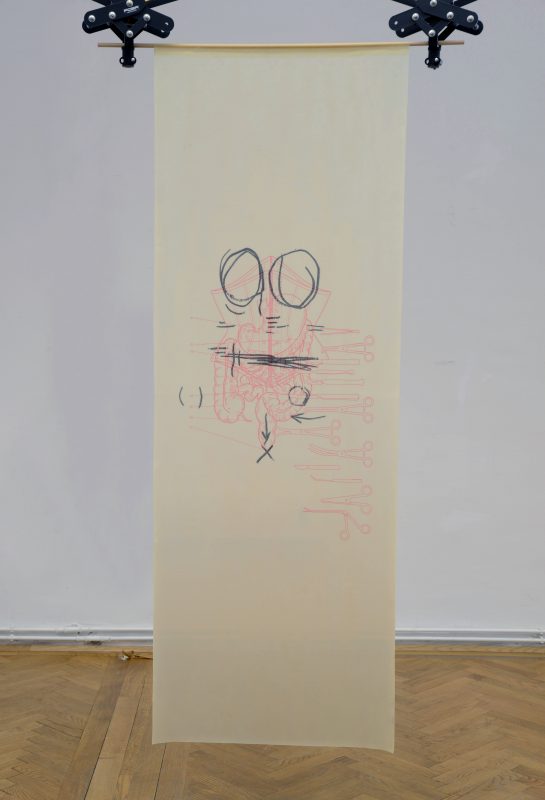 The term Utopia has been a subject of manipulation by political structures in the last 30 years in the Balkans. It’... 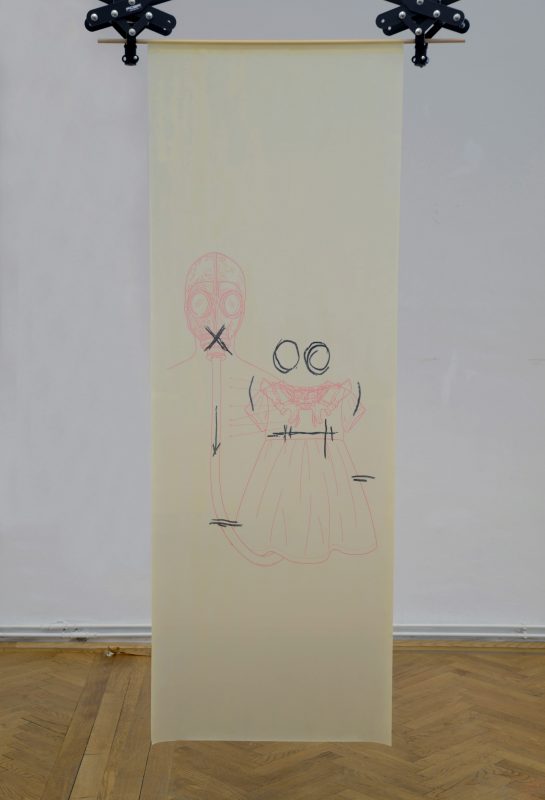 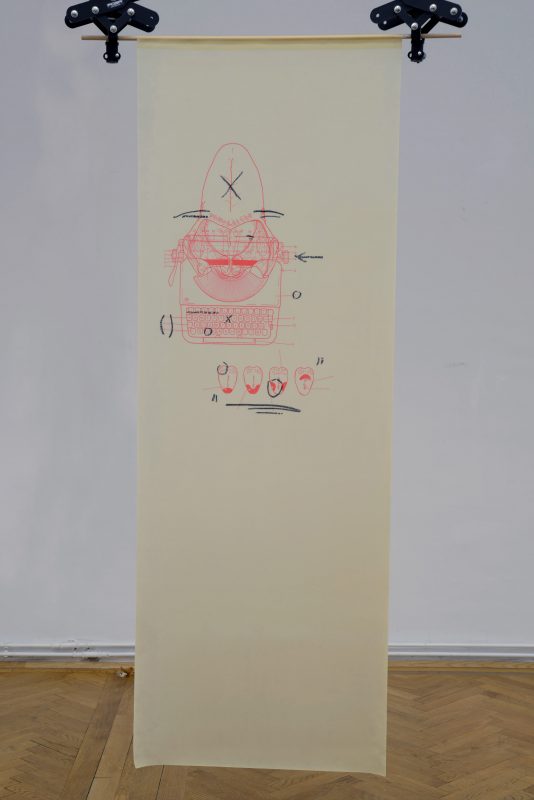 The term Utopia has been a subject of manipulation by political structures in the last 30 years in the Balkans. It’s a term that’s used as a promise for decades, and it somehow remains hope in people. The term „Perverted Utopia“ contradict itself and alludes to the disturbed reality of the present moment, while waiting for the utopia to come. The installation contains of two elements: visual and audio. Visual element is the constellation of ten screenprints on latex in the space. Audio element is the recording of different political speeches through the last 30 years. The installation could be perceived as „local“, because it speaks about the Balkan’s political sphere but another layer would be how the Austrian audience is perceiving the works and to trigger them to think about facing the political past of their country.